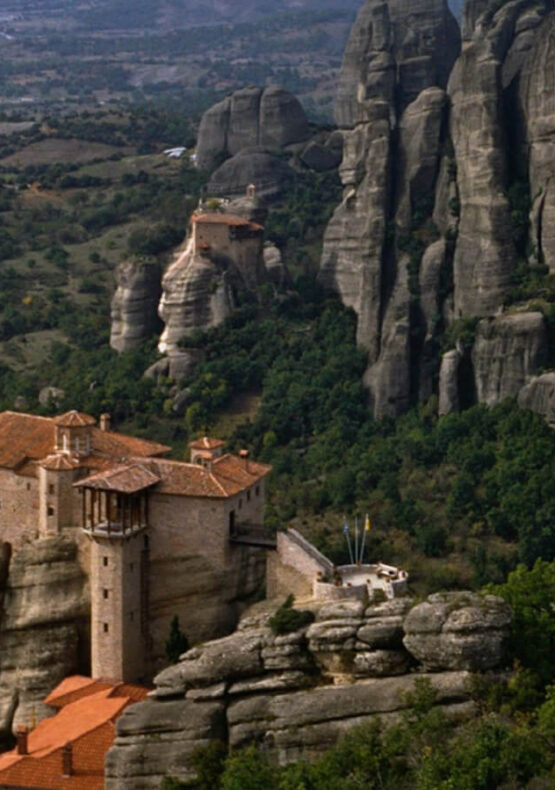 Our Meteora Day tour will start from Athens early in the morning and head to the central mainland of Greece.

Our first stop is the battlefield of Thermopylae or Hot gates, where King Leonidas and the 300 brave Spartans gave their lives in an attempt to block the Persian invasion.

Continuing through Trikala, Karditsa, Kalambaka, and Kastraki, finally we reach the Meteora monasteries.

Meteora means “middle of the sky”, and that name was given due to the fact that the monasteries are built on high natural rock pillars. Meteora is located at the northwestern edge of Thessaly near the Pineios river and the Pindus Mountains, in central Greece. They were built after the 11th century and are still inhabited to date by monks and nuns.

The monasteries are St. Nicolas, Grande Meteoro, Varlaam, Rousannou, Holy Trinity, and St. Stephen. From there, you will have the chance to admire the wonderful, panoramic view and feel, and when you feel hungry get ready to taste the famous Greek cuisine and have a memorable lunch.

After that delightful experience, it is time to return to Athens.

Let us know the destinations of your preference, and we can customize the Meteora Tour just for you.